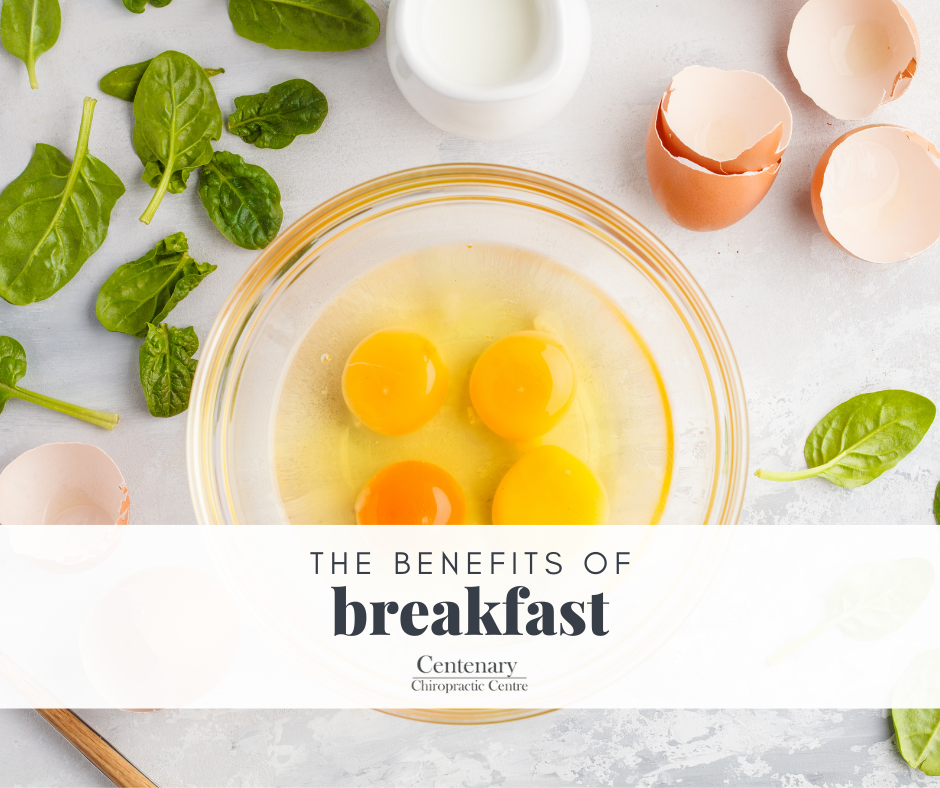 The Benefits of Breakfast

We’re often told that breakfast is the most important meal of the day. It refuels the body by replenishing glycogen stores that supply muscles with energy and provides nutrients to keep energy levels up throughout the day. People who skip breakfast can have a hard time concentrating and increased fatigue throughout the day. Research has shown eating breakfast can have a positive effect on mood and memory as well as reducing hunger later in the day, making it easier to resist reaching for high calorie snacks when you need an energy boost.

Prolonging the overnight ‘fast’ by skipping breakfast can make your body produce more insulin, which encourages fat storage and weight gain. So oddly enough, skipping breakfast (whether to save time or cut calories) increases your risk of obesity.

Instead, breakfast should be seen as an opportunity to give your body the energy it needs to function. Making healthy choices early in the day can encourage healthy choices later, with meals that are more nutritious and lower in trans-fat.

Whether it’s for brain function or weight management (or both), eating breakfast is a great way to start the day. Grabbing a toasted sandwich or croissant with your coffee may be tempting (and quick), but a nutritious breakfast will be more beneficial when it comes to your wallet and your waistline. Don’t forget lots of café and takeaway meals contain high levels of salt and calories so make your breakfast whenever you can. And be aware of some claimed ‘healthy’ options, such as many packaged cereals, which are often full of sugar.

Here’s an idea to get you started with eating a healthy breakfast:

Tip: In a rush? Cutting up a few days’ worth of vegetables can help speed up the preparation process. Feel free to experiment with different fillings too – mushrooms, tomato, red onion, parsley, chives and some sliced low-fat ham or turkey are all good options too.